Everyone is by now familiar with the history of punk activist collective Pussy Riot, formed in March 2011, whose most famous guerrilla socio-political intervention was their performance of ‘A Punk Prayer’ inside Moscow's Cathedral of Christ the Saviour in August 2012. For their trouble, Nadezhda Tolokonnikova and Maria Alyokhina were convicted of ‘hooliganism motivated by religious hatred’, and sentenced to two years’ imprisonment, a portion of which was served in a Mordovian penal colony. This experience was recounted in Aloykhina’s memoir Riot Days (2018), and it forms the basis of this touring theatrical show. The fact that Nadezhda and Maria (Masha) now live on opposite sides of the Atlantic and perform separately – while both retain the original group name and accommodate a revolving door membership – only testifies to the truth of their slogan: ‘Anyone can be Pussy Riot.’
This is a confrontational evening of well-choreographed, visceral physicality, underpinned by the throbbing electronica and percussion of Diana Burkot. Unfortunately, the video element was absent due to technical difficulties, but the English subtitles of the Russian text projected onscreen helped keep track of the protest poetry declaimed by Alyokhina, flautist Taso Pletner and documentarian Olga Borisova, which culminated in a vagina-baring pissing on a portrait of Vladimir Putin – a gesture guaranteeing that the participants won’t be going home to Russia anytime soon.
The encore, an ode to the bombing of Mariupol, brings us right up-to-date, and makes you realise how long these women have been campaigning against Putin’s authoritarian regime, with its brutality to dissidents and the LGBTQ+ community. You can’t say you weren’t warned.
A shout out too for appropriately chosen (she’s got the right attitude) support act Cruel Sister, who played material from the excellent Girls My Age EP. Faith Millar’s immaculately executed, hard-edged shoegaze recalls a young Kristin Hersh’s angular endeavours with Throwing Muses. 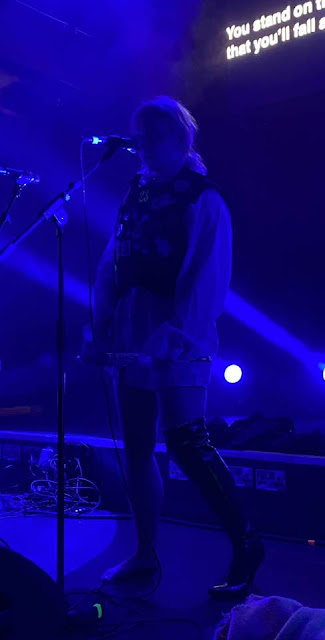 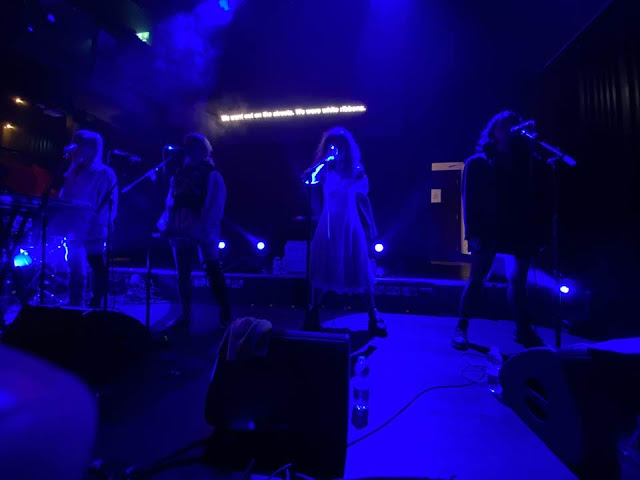 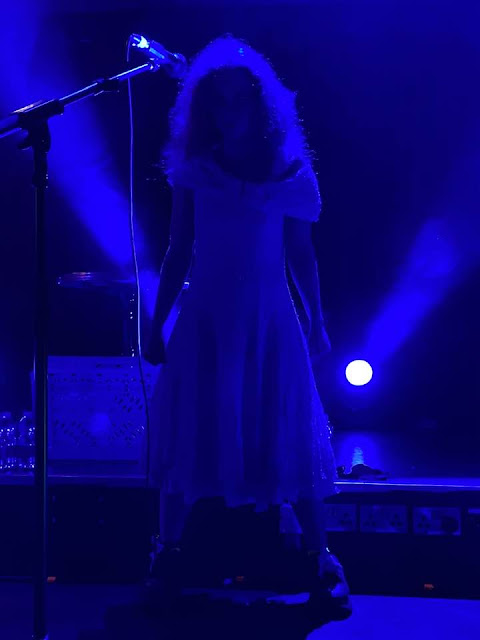 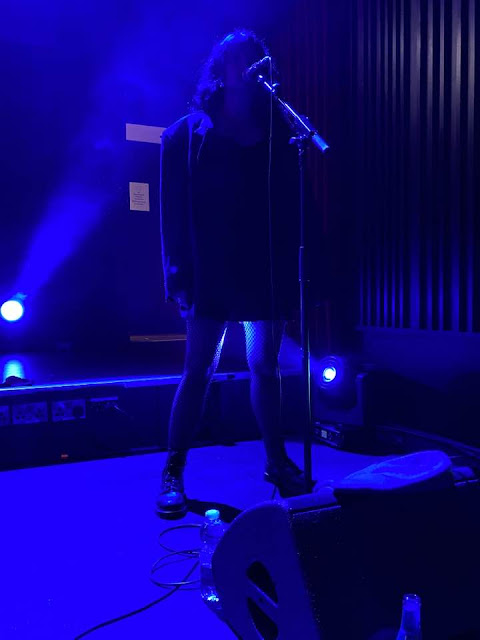 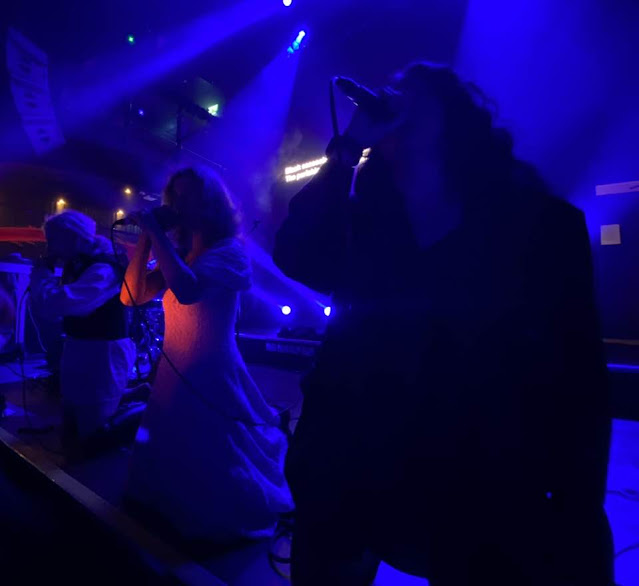 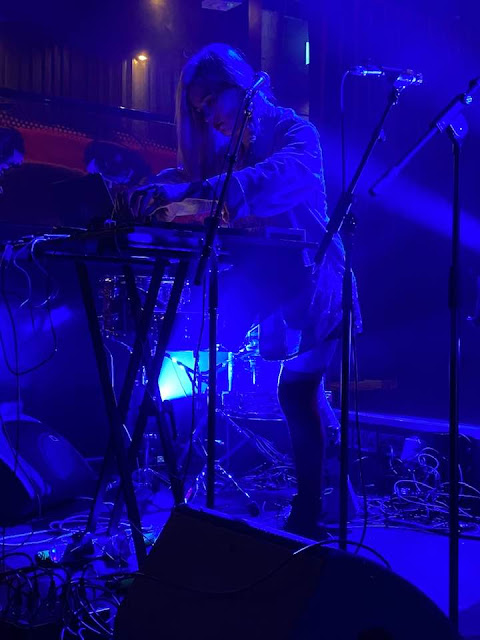 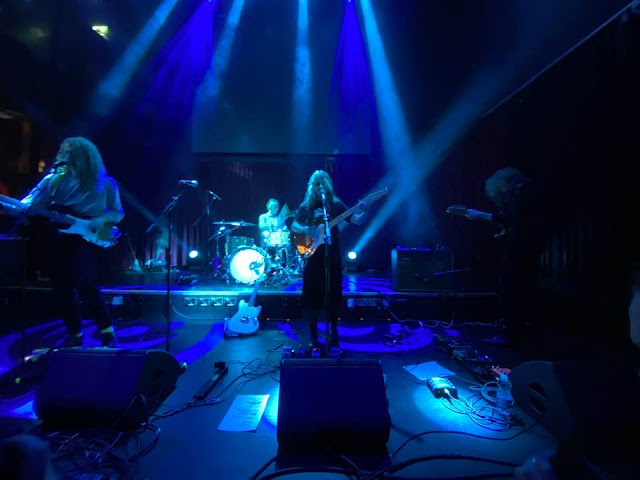 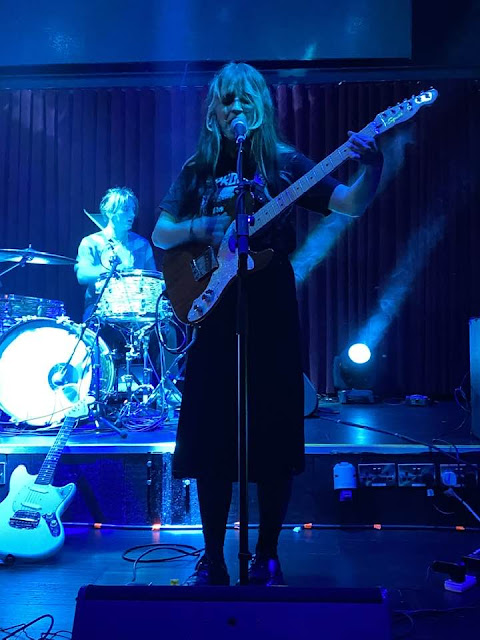 Posted by Desmond Traynor at 04:37