Seán (aka Doctor) Millar’s sixth solo album finds him in rootsy mode and mood, as perhaps befits a suite of songs concerned with ageing, and the attendant weaving and unravelling of individual and collective destinies. This theme is nowhere more apparent than on album opener ‘Look What She Threw Away’ (featuring Donal Lunny) which visits a woman who is Miss Haversham-like ‘cobwebbed with regret’ for her lost youth, and also on near title track ‘You’re Ruining Everything’, which amid mournful, almost-flamenco-like guitar stylings recalls the singer’s own shame at past indiscretions. ‘Amateur Night’, with its clever, typically amateurish dropped beat in the chorus (imitative form!), focuses on an older guy hanging around with a younger crowd, ‘like an ex-professional on amateur night.’

As an artist who is on record as stating that his two all-time favourite bands are The Velvet Underground and Planxty, and also someone who was told by Irish industry gatekeepers in the 1990s that people like him should move to Berlin, Doctor Millar has by now acquired for my generation of homegrown music fans the status which Christy Moore holds for the one which precedes us - with a spicy soupçon of Lou Reed and John Cale thrown in. Essential. 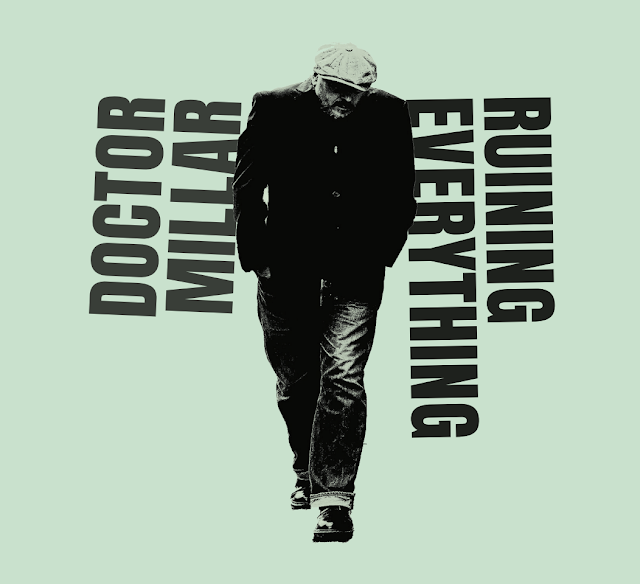 Posted by Desmond Traynor at 06:20