My review of The Blade Artist by Irvine Welsh, in The Sunday Independent yesterday

By Irvine Welsh
(Jonathan Cape, €16.99 h/b)
You all remember Begbie, don’t you? That’s right, Frank Begbie, the hard man from Trainspotting, portrayed so memorably by Robert Carlyle in Danny Boyle’s filmisation. There’s usually one in every teenage gang: the one everyone winds up embarrassed by and wants to disown, in this case because of his thuggish, psychopathic antics, and just plain wrongness. Well, Begbie’s back, and you wouldn’t recognise him.
Jim Francis is now a successful artist, living the good and tranquil life in southern California with beautiful, art therapist wife Melanie, and their two young daughters Grace (5) and Eve (2). The happy couple met when she was in Edinburgh for a year, working on an exchange programme between the Scottish prison service and the California correctional system. Guess who was inside? As Welsh has said, the only future he could imagine for Begbie beyond Trainspotting was either death or prison. Under Melanie’s tutelage, however, a hitherto unsuspected talent begins to flourish.
He does portraits and busts of celebrities, adding ‘implausibly creative mutilations’. Think wide boy/wide girl Damien Hirst/Tracey Emin style Brit Art, to understand how he might find a foothold and fit in. His new profession proves lucrative too, apparently extending to private commissions: ‘ – But Nicole wants a bust of Tom, with a very specific mutilation, strictly confidential…And Aniston’s people want to know when the Angelina will be ready.’ He’s now strictly teetotal too, and has white omelette, spinach and green tea for breakfast (by all accounts echoing the lifestyle of his creator).
This idyll is interrupted when a phone call comes from Jim/Frank’s sister Elspeth in the old country, informing him of the death of his first born son, Sean. Jim has three children he hardly knows in Edinburgh, from previous relationships: Sean and his younger brother Michael, with June; and River, whose mother is Kate. He packs his bag to head back for the funeral, and when it emerges that Sean was murdered, you just know things are going to go downhill fast.
Despite providing a rollickingly panoptic and page-turning view of the exile’s return to Edinburgh, with a huge cast of characters, the novel is not without its flaws. Attributing Begbie’s former rage and stupidity to undiagnosed dyslexia seems both patronising and uncharacteristically politically correct; after all, not all dyslexics develop a taste for ultra violence. There’s an ongoing riff around cell phone problems, which serves to limit communication between Jim and Melanie, but doesn’t seem credible to anyone remotely tech-savvy. Are there really no iPhone chargers to be had in the Scottish capital? And why does the relatively affluent Jim buy the cheapest Tesco mobile when his iPhone (in)conveniently pops out of his pocket and down a drain while he is out jogging? While Jim thankfully avoids the obvious cliché of going back on the bottle, he still has a barely controlled nasty streak. However, this is motivated less by revenge, and more because he just simply enjoys inflicting suffering, which make his sadistic outbursts seem gratuitous. But maybe that’s the whole point, and I am missing it.
Irvine Welsh remains a very good writer, both fictionally and otherwise. Indeed, as his op-eds around the Scottish Independence Referendum demonstrated, had he not made it as a novelist, he has a career manqué as the shrewdest of socio-political commentators to fall back on. He has also, notwithstanding his subject matter, become a much more straightforwardly traditional storyteller than he started out as, perhaps realising that experimental novels a lá William Burroughs wouldn’t butter any tatties these days. However, suffice it to say that he still will not prove very popular with the Edinburgh Tourist Office.


Resurrecting characters is always fraught with pitfalls, but can also, given the passage of time in their lives, and the author’s and ours, prove rewarding. Although not perfect, Begbie’s return is a good yarn, well told.
http://www.independent.ie/entertainment/books/book-reviews/begbies-rollicking-return-to-edinburgh-34653198.html 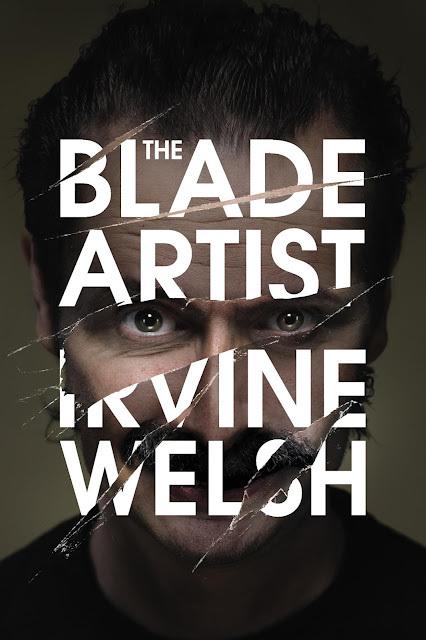 Posted by Desmond Traynor at 09:59 No comments: