Oh, and here's link to my Chic review, which no one commented about, and which TheThinAir hasn't removed, despite the fact that they don't want me to write for them anymore. 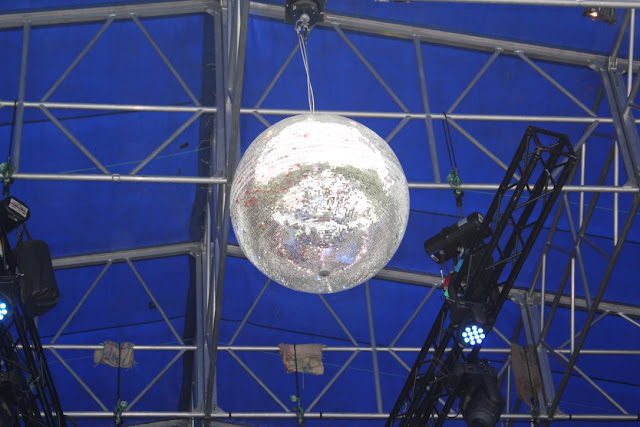 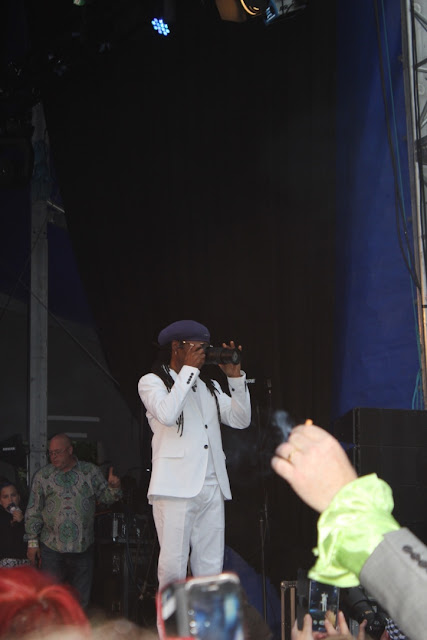 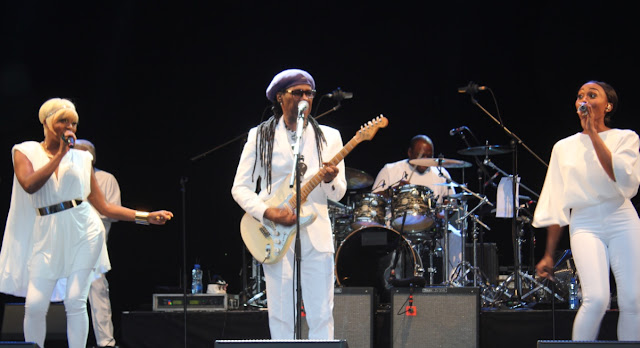 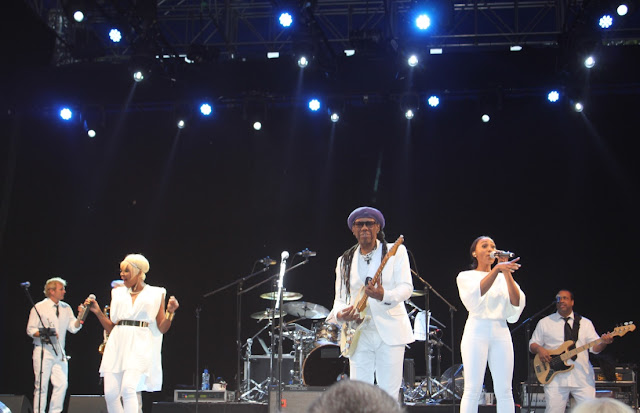 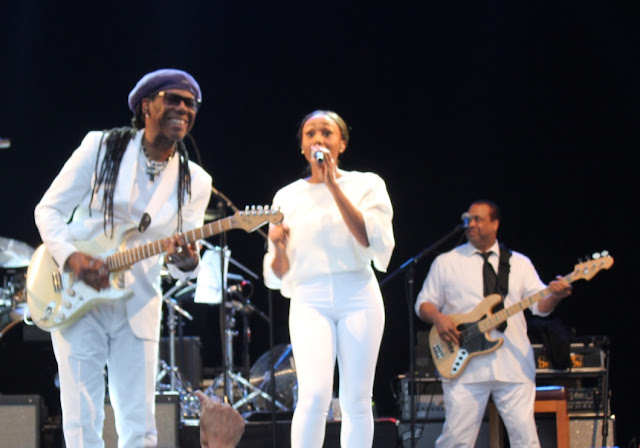 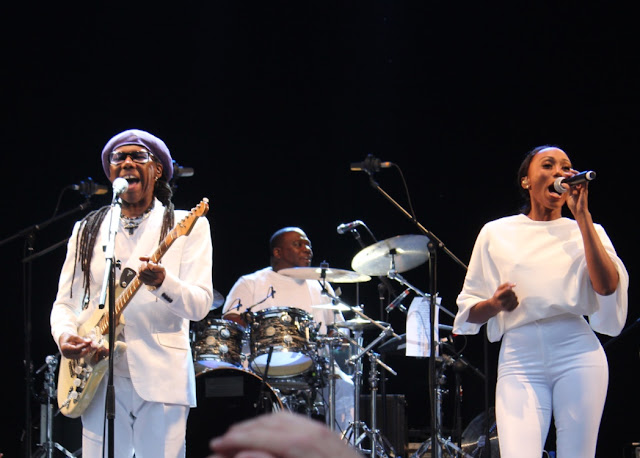 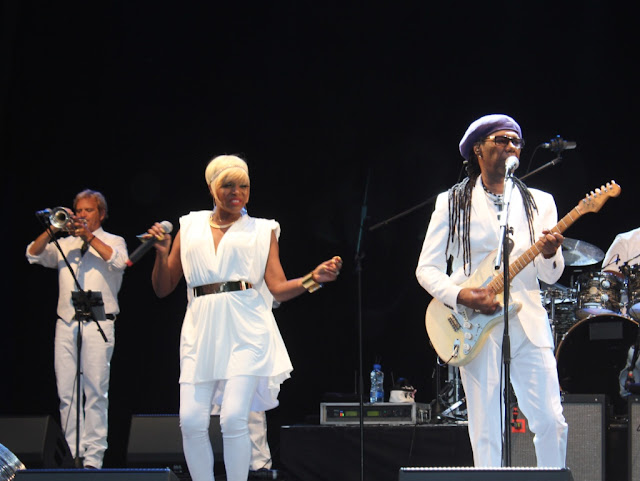 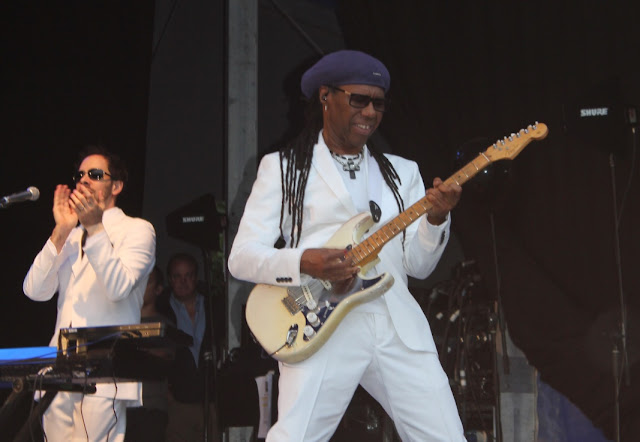 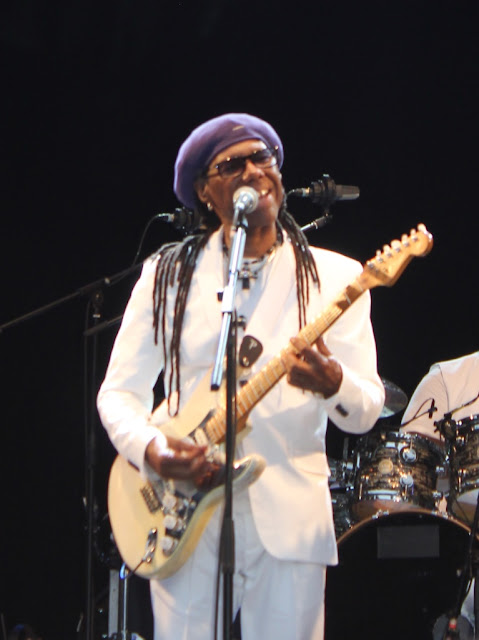 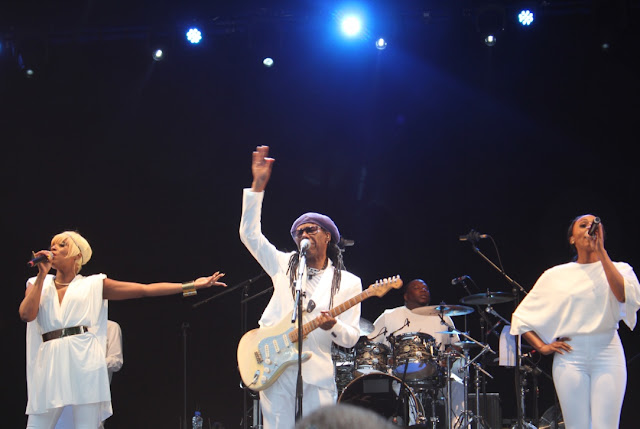 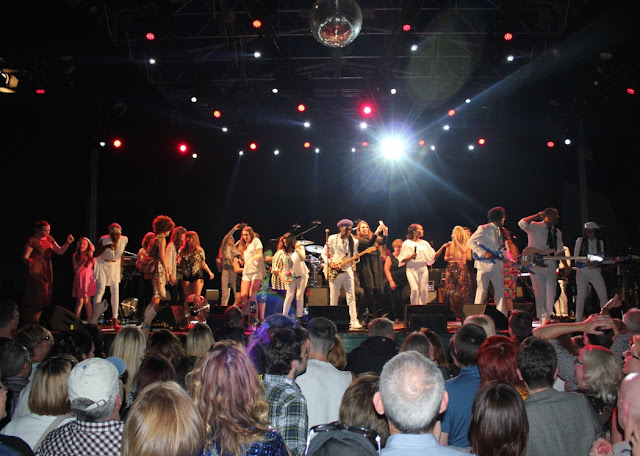 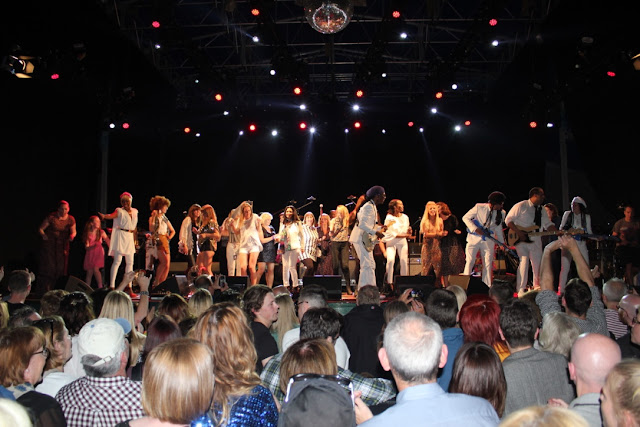 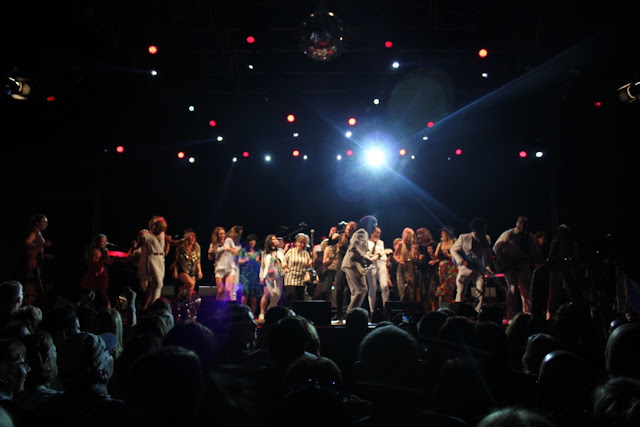 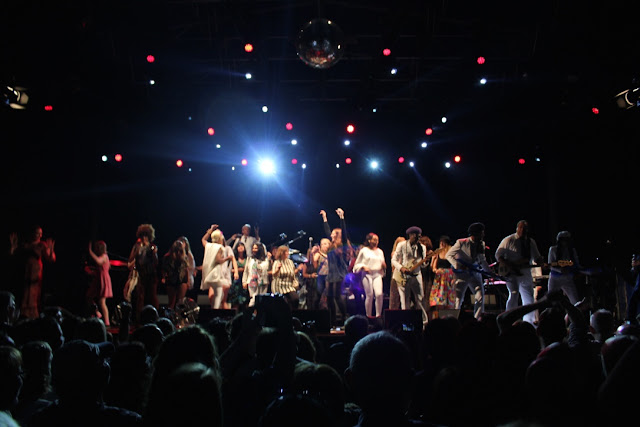 Posted by Desmond Traynor at 05:04 No comments:

So, here's that review of St. Vincent at The Iveagh Gardens last Friday, that there's been such a Twitter storm (in a teacup) about. TheThinAir caved in quite early and 'retracted' it - i.e. removed it from their website. I've had communications from several people looking to see what all the fuss is about, so here goes. Personally, I find the behaviour of the website craven, wimpish, and entirely self-serving. It's never been a crime to not like a show, and attire and presentation are part of any live concert - male or female - and so can be commented on. I wouldn't like it if it was The Darkness being over-contrived either, which is actually a good analogy for what it reminded me of. What do you think, lads and lassies? Des Traynor: arch sexist, or sane and balanced critic?

Full disclosure from the outset: I have only a passing acquaintance (video clips, radio, occasional TV) with the four solo album oeuvre of St. Vincent, a.k.a. Annie Clark, have never sat down and listened to one of her records, and certainly couldn’t be designated a dyed-in-the-wool fan. For this reason, this review will not feature a chronological trawl through her discography, with instant song recognition, and comparisons of studio versions with live performances, but will instead be an impressionistic account of the evening (and those will be first impressions) by a seasoned gig-goer. I suspect this lack of specific knowledge-based approach may disgruntle some of her more infatuated aficionados. Why attend, then? Well, interest was partly piqued by the fact that David Byrne clearly rates her, the pair having collaborated on, and subsequently extensively toured, 2012’s Love This Giant. Also, TTA’s editor asked me, even if I might not necessarily be the best-equipped man for the job.
The band take the stage clad in de rigueur black, Matt Johnson on drums and Daniel Mintseris on keyboards to the rear, with lieutenant Toko Yasuda (ex-Enon), interchanging guitars and keyboards, front and stage-left of the boss lady. Centre stage is a three-tier podium, reminiscent of the pink throne on which St. Vincent resides on the cover of the eponymous most recent album, which she will later mount. Clark is rocking a faintly dominatrix look, in a crenelated, spiky catsuit, to which she makes self-deprecating reference in the course of her set, which doesn’t quite work, perhaps due to her diminutive size. Now don’t get me wrong: I’m all for attractively-figured women in black leather catsuits and heels (to say nothing of assistants sporting slit mini-skirts) – indeed Diana Rigg’s Emma Peel in The Avengers was my first small screen sexual epiphany – but the cool authority Clark is aiming for with her aloofness is somehow undercut by the wind-up automaton-like ‘two little maids are we’ baby steps she indulges in with Yasuda, alternated with exaggeratedly giant prancing around the stage.
In fact, it is the stiff, stilted, stylised, overly rehearsed, overly choreographed and ultimately fake theatricality of the show that is most off-putting, less alienation effect than laughter lounge turn. She may be aiming for Strong Woman, but it comes across as a cross between watching your offspring get their ‘look-at-me’ moment in the school play, and Top Of The Pop’s Legs & Co going through one of their more risqué routines.
None of this is helped by the lengthy, self-consciously arty, pre-prepared monologues with which she intersperses the performance – when she does decide to address us – which riff on her commendable fascination with the oddity of everyday life, but unfortunately are designed to stress the commonality of all human experience by utilising the second person singular instead of the first, presumably in an attempt to collapse the difference between the two. Again, this is not successful, if only because of the singularity of individual human experience. Not all of us wanted to fly as a kid, Annie, and even if we did, not all of us used pizza boxes as wings: that’s your story, not ours. So, aside from these tedious longueurs interrupting the momentum of the music, they are just a slightly more quirky indie variation on the familiar Lady Gaga/Kate Perry/Taylor Swift self-help exhortations, for a slightly older fan base. (One wonders which is worse: inviting audience members to deny the uniqueness of their own experience by acknowledging that ‘we are all the same’, or advising them to ‘just be yourself’ as they adopt ‘personalised’ identical style and clothing patterns as members of a mass audience? Perhaps both are equally laughable.)
And what of the music? Given my relative inability to distinguish discrete songs, the overall sound could be described as vacuous ’80s synth-pop, incongruously juxapositioned with angular, fuzzed-out, Robert Fripperish off-kilter guitar solos. While I have been assured by those who know that beneath the mostly pristine smoothness of the beats lurks, à la Steely Dan and Mircodisney, a subversive wordsmith’s sensibility, whatever about any lyrical edge she may possess (‘Cheerleader’ aside, largely indecipherable in these circumstances, despite an impeccable sound job), musically she is much more Duran Duran/Spandau Ballet New Romanticism and less the Kraftwerk/Berlin Bowie Krautrock she might imagine herself.
All of the above gives the distinct impression that Clark is very concerned with letting us know how clever she is. And maybe she is, for all I know. But, of course, clever people don’t go around showing off how clever they are, if only because it makes them look not as clever as they think they are. The goal of synchronised choreography, of example, is not to make the audience realise how hard it is to get right, but to make them feel how apparently easy it is to execute. St. Vincent’s cracks show; she’s obvious despite herself.
On the plus side, she is undoubtedly good at her job, in that she is a very good singer and an excellent guitarist, and is confident on stage. But while she is professional to the core, her work and its presentation seem to lack some intangible quality. Call it ‘soul’ if you like little words with big meanings; say ‘spontaneity’ if you prefer longer words of less import. As it stands, I can think of a slew of other youngish, contemporary female artists better deserving of all the attention currently being directed St. Vincent’s (32) way: Anna Calvi (34), Agnes Obel (34), Julia Holter (30), Angel Olsen (28), Sharon Van Etten (34), Tiny Vipers (31), Haim (29, 26, 23) and, Queen Of Them All, Joanna Newsom (33). EMA (Erika M Anderson) (?), in particular, has in Past Life Martyred Saints produced one of the most stunning, striking and extraordinary debuts so far this millennium, and a fairly decent follow up in The Future’s Void, to relatively little media fanfare.
Given pre-show hype and expectation, I left this concert feeling curiously disappointed. I left before the end.

Posted by Desmond Traynor at 05:01 No comments: