Whelan’s is clearly my spiritual home.
Posted by Desmond Traynor at 17:59 No comments:

Sitting down to come up with my Top 10 albums of the year this year, I realise with great embarrassment how little new music I’ve heard or bought. Is this stressful and time consuming Life Events (as they are called), or just growing older? Hopefully, only the former. There’s also the matter of means. I’ve spent a lot more of my disposable income (surely one of the greatest oxymorons ever coined) on going to shows (see separate ‘20 Best Gigs of 2018’, coming soon) than I have on purchasing recorded music, due to the need to prioritise in relatively straitened times. Sometimes I wish I worked in a record shop. Maybe one day I will. It’s certainly all changed since my heady days as a Rock Critic, when CDs were falling through the letterbox like leaves from the trees on a windy Autumn day. All I’m trying to say is, I haven’t heard every new release in 2018, so this list is of necessity blinkeredly arbitrary, and must contain glaring omissions I don’t even know about (I’m sure that Alejandro Escovedo’s The Crossing is excellent, but I haven’t heard it, yet.) But here, anyway, and with humble apologies, is the Top 10 I struggled to put together. I am, by way of casual observation, frankly flabbergast that ‘Rare Birds’ by Jonathan Wilson (the best album The Psychedelic Beatles never made) has featured in precisely ZERO end of year Best Of’s I’ve read. Also, as the world by now must know, I’m crazy about Mitski. Here’s to 2019. Peace.
1.) Jonathan Wilson – Rare Birds
2.) Mitski – Be The Cowboy
3.) Ry Cooder – The Prodigal Son
4.) Spiritualized – And Nothing Hurt
5.) Ty Segall – Freedom’s Goblin
6.) Courtney Barnett – Tell Me How You Really Feel
7.) Wooden Shjips – V.
8.) Courtney Marie Andrews – May Your Kindness Remain
9.) Low – Double Negative
10.) Tune-Yards — I can feel you creep into my private life
Bubbling Under:
Melody’s Echo Chamber – Bon Voyage
More Blood, More Tracks – Bob Dylan

Posted by Desmond Traynor at 17:55 No comments:

Posted by Desmond Traynor at 17:51 No comments:

The Cruelty Men by Emer Martin 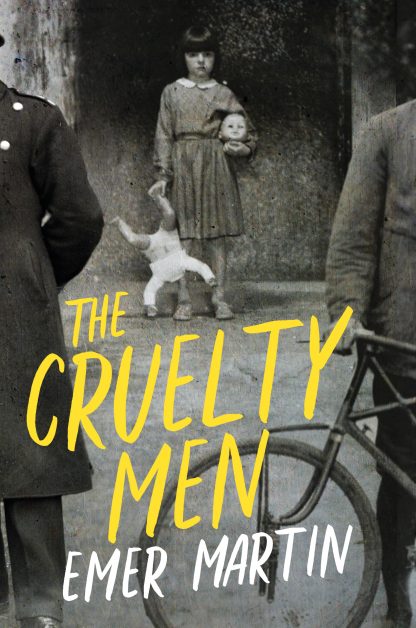