Following the death of revered Irish singer-songwriter Cathal Coughlan on May 18th this year comes the release of the second album by Telefís, his groundbreaking collaboration with world-renowned producer Garret “Jacknife” Lee. The pair had completed “a Dó” earlier in 2022, with an album release planned for September. With the approval of Cathal’s family the album will now be available on October 7th. Des Traynor spent an hour-and-a-half on Zoom to Garret in L.A. recently, where the Dubliner now lives and works. From a wide-ranging, generous chat, here are the Telefísed highlights.

You would have known Cathal when you were living in England in the 90s?

No, I met Cathal once. I didn't remember it. In The Underworld in Camden in probably 1992. He remembers it. When we were talking before doing the album, I said I haven’t seen you since Ireland. And he said, ‘No, we met.’ We were all taking a lot of drink at the time. So I didn't remember Cathal. Once he said it, I vaguely remembered seeing him. I think he had just played a gig. I went up to him, and we talked for a while.

Yeah, we played gigs together.

You reconnected through Luke Haines?

I was mixing a record for Luke. And he was with Cathal one day. And he said, ‘I’m with a friend of yours.’ So I said, ‘Introduce me.’ And Cathal said, ‘I hear you did a record with Luke, and he likes it, which is a first, ’cos he doesn’t like anything.’ And then I said, ‘Well, should we make a record?’ And he said, ‘Sure.’

Cathal said somewhere that it was beneficial that you were in different places, because you were out of each other’s way. But was it strange being on opposite sides of the world, bouncing audio files back and forth?

No, I've worked this way for quite a while, since COVID, with different artists. You know, if an artist is on tour, they can’t come here. And then a lot of times people are doing extra tracks, or need a single edit done or are just recording a single. So I've been working this way anyway. And obviously working with U2, I can’t go over there every other weekend just to record a vocal, so I decided that a good way to be working was just to get my own space. And it means that I can work on a number of things in the one day. If I have an artist here it can get a bit ‘intense’. So for Telefís it was it was easier for both of us because I think Cathal had been working by himself for a long time. And I know from my own history, when you’re doing everything, it’s a lot of pressure and you don’t know when to let things go. So, Cathal doing music, and then the vocal production, the engineering that he had been doing, just took him a long time. So by me sending tracks, I think it was more fun for him. And also, you were coming at it from a different perspective. A lot of Cathal’s work is based on the drama in it. Aside from the lyric, it’s chord based, so we’re motoring along the verse, then we’ll have this chord and then it will force him to write from another perspective, or lyrically, there has been an event, or something. So without those things, he was forced to come at things in a different way. And I think he liked the challenge of it. So I’d send him a track that was mostly finished. And then he would send an idea back, and then I’d be working on that, and I’d send it back to him with his vocals manipulated in some way. Up to that point, a lot of the vocal manipulation had seemed gratuitous or gimmicky to him, when it had been done on other records, but this didn’t feel that way. So I think it excited him. So it was easier for him. And it was easier for me to work on music when somebody’s not here.

Like, I was doing a record with Open Mike Eagle, who’s a very respected rapper in LA. He asked me to work on his record. And I tried stuff out on his vocals, that if he was here, he wouldn’t have licenced it, because it can be time consuming. It can seem like a waste of time to try this dumb experiment. Also, he may not have liked it. But in context, it kind of works. And also, the way Cathal wrote his words, it took time. So had we been together, it would have been more musical – but this way, he was just given a set and asked to fill it, and it wouldn’t be a set that he would have designed himself. So there was a kind of thrill to it for him. I didn’t really get involved with words. He says I did – I mean, I would say things, or I’d sing something and then send it back, and I’d have crappy words – that I would have been happy with – but obviously, he’d say ‘I can’t sing that’, and he was right.

Did you know Cathal was seriously ill during the making of the first album, and how did you deal with it subsequently?

Cathal’s dying was always a part of these songs. Not literally, but his reflections and explorations of where he came from examined from this perspective. After his death we could have waited to release the album, and I accepted that we might have to, but now I just want to celebrate Cathal. I want people to know that he was active and working up to the last few days of his life. We were working on more Telefís  - writing and planning. I know that might have been something to just take his mind off his illness, but that was the way he dealt with the situation and I want to honour that. There are many layers to Cathal Coughlan. The mischief, the tenderness, and the profound melancholy. Such a sweet man. It’s all here, and it’s some of his best work. Writing these songs during his illness, knowing what lay ahead of him, shows his commitment to words and ideas. It’s his life. 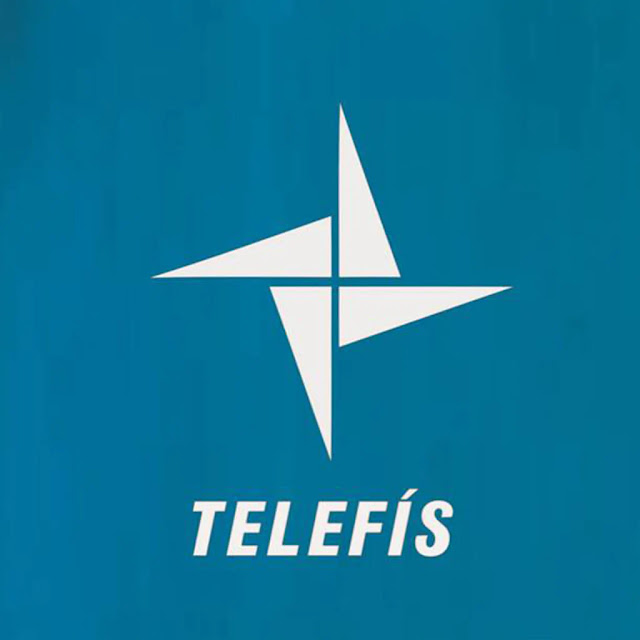 Posted by Desmond Traynor at 16:16