We went to Longitude in Marlay Park yesterday. A pleasant day at a well-organised festival.

Up first were Vancouver's Japandroids. I like their album, Celebration Rock. Having seen now them live, I like them even more.

Then Mark Lanagan, who really should have stayed at home. I mean, I quite like his albums, but he's completely wrong for this kind of venue, a festival on a sunny afternoon. He should be in Whelan's on a rainy Wednesday in November. He gave nothing to the audience, except a parting, taciturn "Good afternoon". Who does he think he is, Bob Dylan? Also, he must spend a lot of time in the shade, or else he's got a particularly perverse make-up artist. Pale, or what? 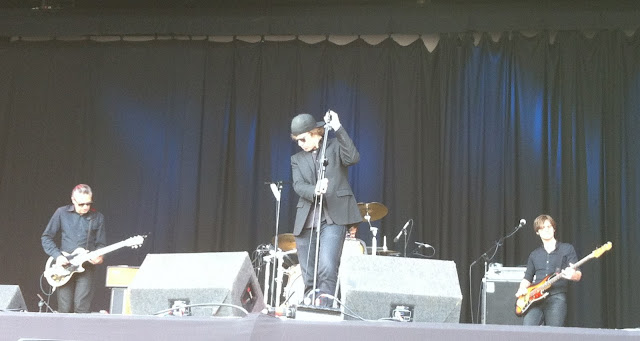 Next up were Hot Chip, who would not be my tazza di tè, but at least they got people dancing. 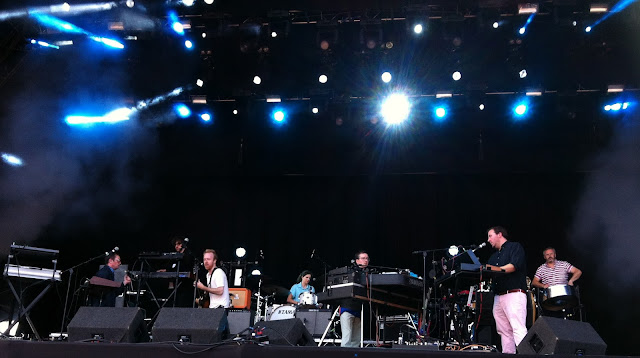 Then the wonderful Yeah Yeah Yeahs, of whom I am a long-time fan. I saw them in Belfast, in St. George's Market, a few years ago. Karen O is certainly not a girl anymore. She used to wear dresses, now she wars suits. Let's hope married life is suiting her. She can still go apeshit, when she wants. Ably backed by Nick Zinner and Brian Chase. A pleasurable, good-humoured, set. 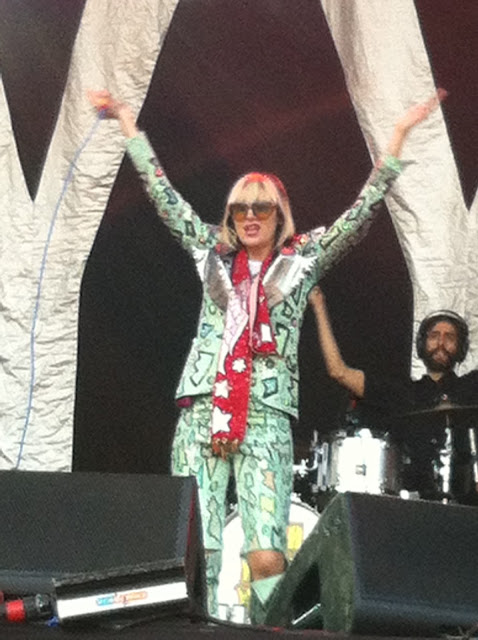 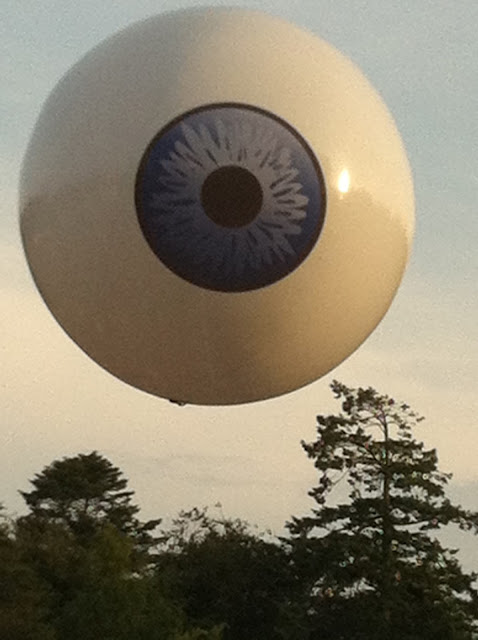 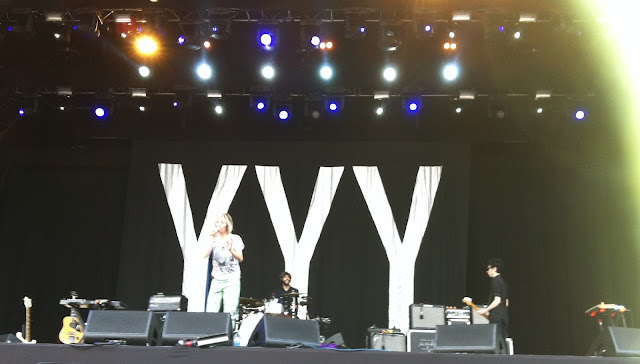 And finally, the men from Dusseldorf, the stunning audio-visual spectacle that is Kraftwerk.

Des and Jane just prior to Kraftwerk's appearance: 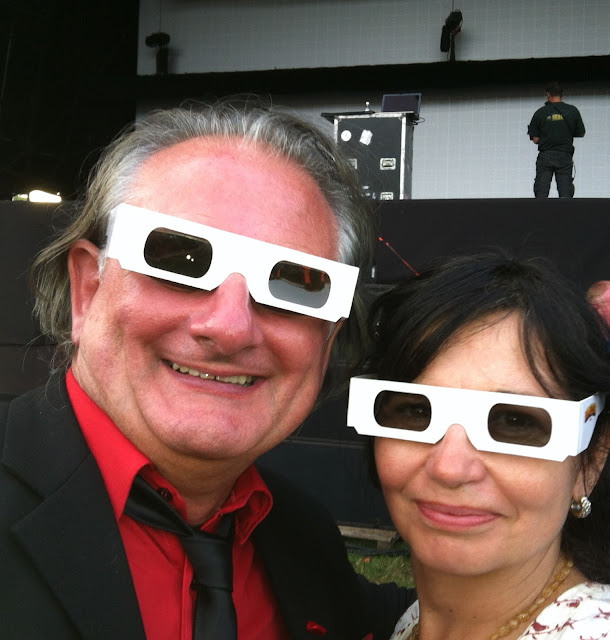 And then, the band:

Not forgetting the audience, like one of those photos of a '50s American B movie crowd: 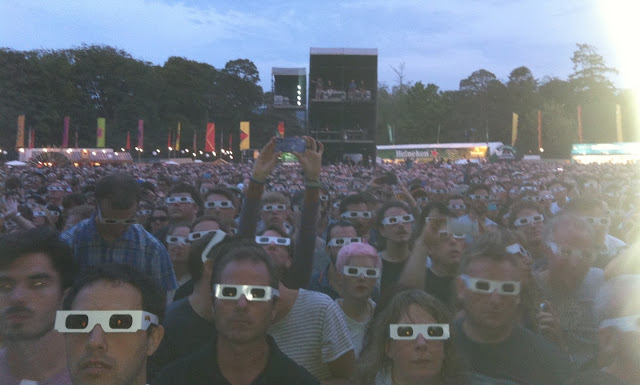 Back to the band: 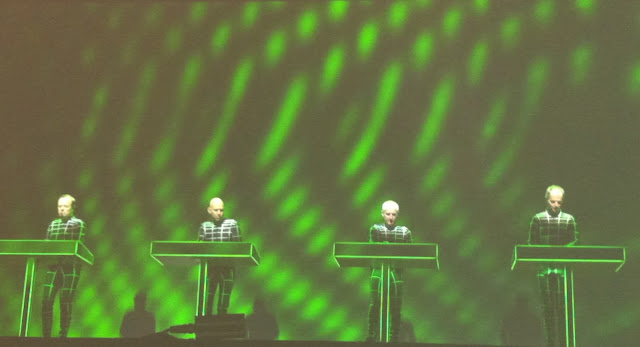 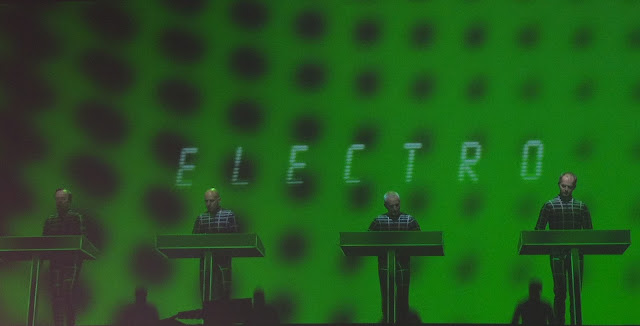 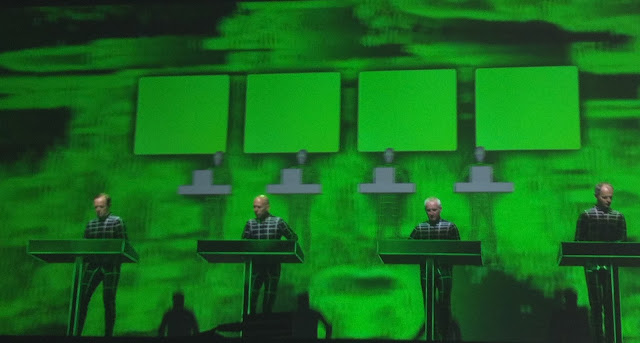 As my friend Brian Mahon opined with one-word succinctness, when I asked afterwards if he'd enjoyed their show: "BIZNESS! :-) '.

Posted by Desmond Traynor at 09:19