Big Star - Nothing Can Hurt Me

Nothing Can Hurt Me: OST

The titular Big Star documentary, directed by Drew DiNicola, has been doing the rounds Stateside for the past eighteen months, but has as yet to see the light of day this side of the pond. However, the soundtrack, compiled by original producer, Ardent Records/Studios founder John Fry, along with head of Omnivore Cheryl Pawelski, is now available over here.
Given the exhaustive nature of 2009’s four disc retrospective, Keep An Eye On The Sky, also overseen by this pair, it may come as a surprise to some that there is still anything left in the can. Essentially, what you get is 21 cuts (minus one studio banter track and a 25 second ‘backwards intro’ to ‘Stroke It Noel’) made up of alternate and rough mixes from the time (for neophytes, this means #1 Record (1972), Radio City (1973) and Third/Sister Lovers (1975)), one demo and half a dozen mixes made specially for the movie by Fry and engineer Adam Hill.
Originally released as a limited-edition double-LP for Record Store Day 2013, there are subtle but significant changes here from the familiar, original mixes. ‘When My Baby’s Beside Me’’s various component instruments feel more separated in the speakers. ‘Try Again’ features the addition of a yearning pedal steel to Chris Bell’s strummed acoustic guitars, plus an alternative ending with a different chord sequence. A previously unheard solo on ‘Feel’ is so good you wonder why it was not used in the first place (because the one on the original is even better?) ‘You Get What You Deserve’ has a different outro. There is more prominent cello and a new droning break on ‘Holocaust’. Bell’s ‘I Am The Cosmos’ is lusher than on his solo LP, more shimmeringly cinematic.  There are a couple of non-canonical rarities here, the minor-key ‘Better Save Yourself’ and Alex Chilton’s delicate acoustic ‘All We Ever Got from Them Was Pain’. One is impressed anew by how much Jody Stephens’ drum fills bring to the table.
Essentially, if you’re a big Big Star fan, then this is a must-have addition to the discography, as it will lead you to appreciate different facets of these great songs in new ways; if you’ve only a passing interest, then it’s probably not going to be that earth-shattering, as you won’t be attuned to the deviations; and if you’re new to the cult, then it might not be the best place to start, as it might give a slightly misleading impression.
Having said that, pretty much anything by prime-time Big Star is worth having (let’s pass over 2005’s misconceived reunion album, In Space, in silence), as it still beats practically every other power pop band, before or since, into a corked hat. This is how it’s done. 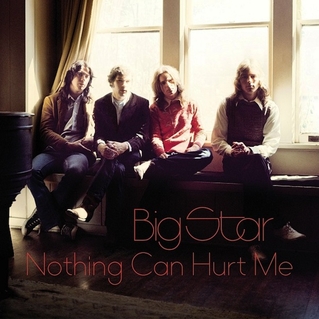 Posted by Desmond Traynor at 03:00