Review of Low at Whelan's last Tuesday night. This will turn up on http://www.state.ie/author/desmond-traynor soon.

Another night out in August in Dublin, another sell out show. Recession, what recession?
Low’s current tour is heavily weighted towards promoting, or at least playing, their most recent album, the Jeff Tweedy produced The Invisible Way, and they kick off with ‘On My Own’, followed in quick succession by ‘Clarence White’, ‘Plastic Cup’ and ‘Holy Ghost’ (the later, incidentally, covered in short order by Mavis Staples, on her latest record One True Vine, also produced by the hub that is Wilco’s eclectic mainman).
We’re five songs in before any nod is given to the back catalogue, with The Great Destroyer’s ‘Monkey’ (itself covered by Robert Plant on Band Of Joy, doubtless putting some welcome money in the Low family coffers). Then it’s back to another selection from Invisible, ‘Waiting’, followed by ‘Especially Me’, a cut from previous album, 2011’s C’mon. ‘Just Make It Stop’ adds to the thorough run through of The Invisible Way.
As they begin to dig a bit further back, ‘California’, ‘Broadway’ and ‘Pissing’, from The Great Destroyer, are revisited, as are ‘Whore’ and ‘Sunflower’ from Things We Lost In The Fire, the raucous stomp of ‘Canada’ from their masterpiece Trust, and ‘Dragonfly’ from Drums’n’Guns.
If all this seems like a well-balanced set, to this long-time Low watcher, who regards the mid-period trilogy of Secret Name, Thing We Lost In The Fire and Trust as the high point of their career thus far, it can feel as though we are being short-changed. God knows how fans of their early ultra slowcore stuff are reacting, if there are still any of them about.
In fairness, it is good to see a band continue to evolve, and retain a desire to change things up. Alan Sparhawk does seem more interested in exploring the hotter and rougher textures of his guitar sound now, in some kind of obtuse indie parody of metal. While always a tense performer, not quite comfortable in his own skin, Sparhawk appears a little more relaxed tonight than usual.
Look, this is a good gig, and there is nothing egregious or deficient to criticise. It’s just that, in comparison with the pin-drop ineffability of certain Low shows I’ve witnessed in the past, it can feel quotidian. And there’s the rub: how do you better your own best, when your best is so damn good?
Until next time, then? 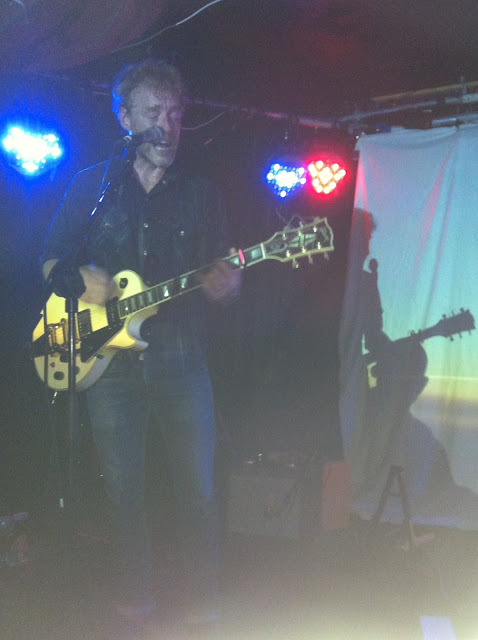 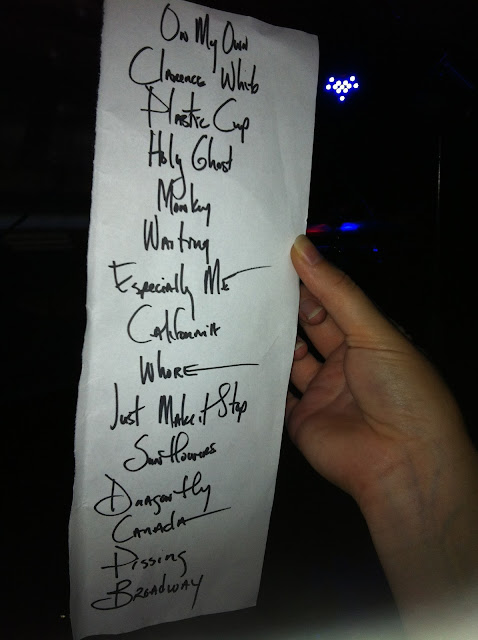 Posted by Desmond Traynor at 02:29